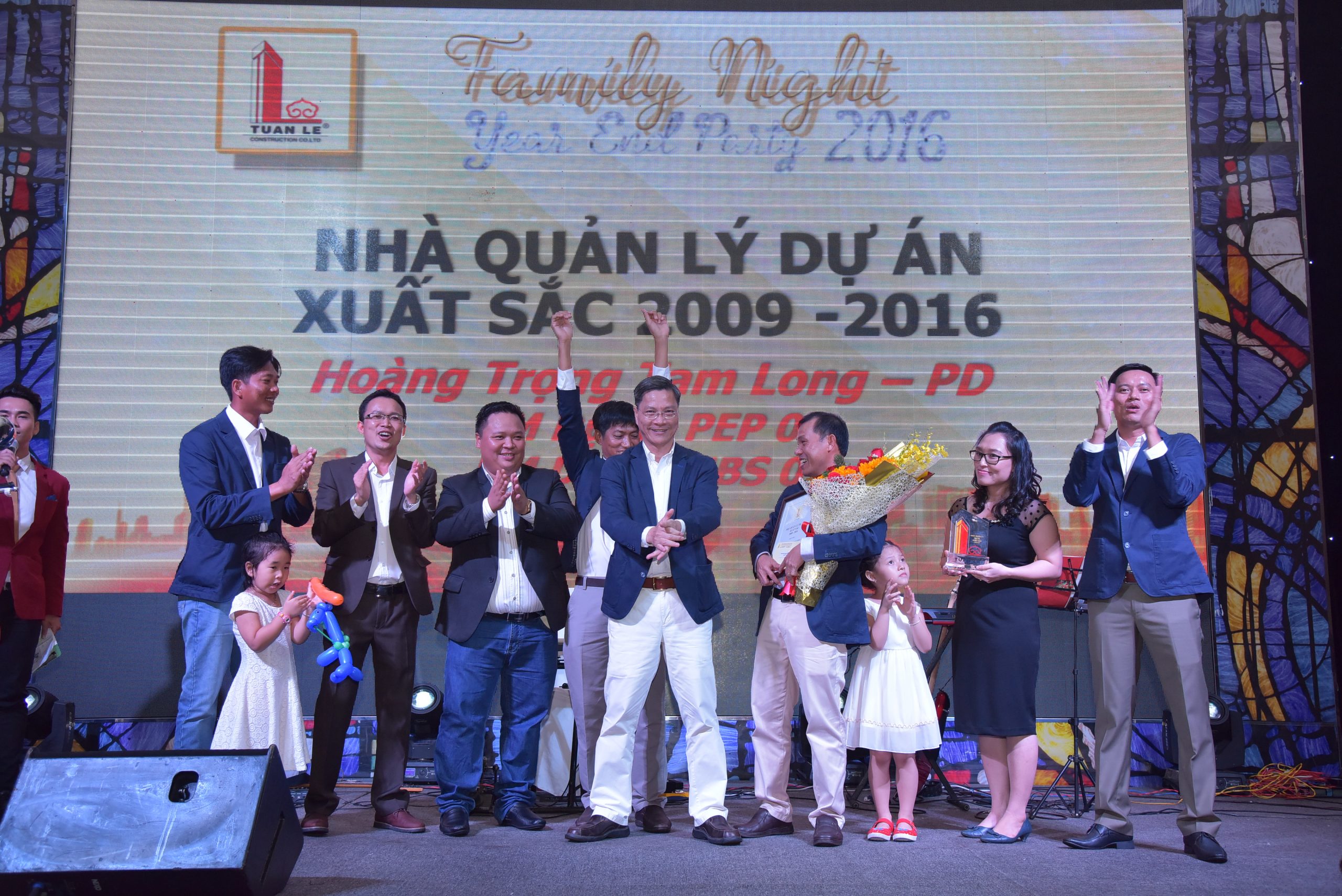 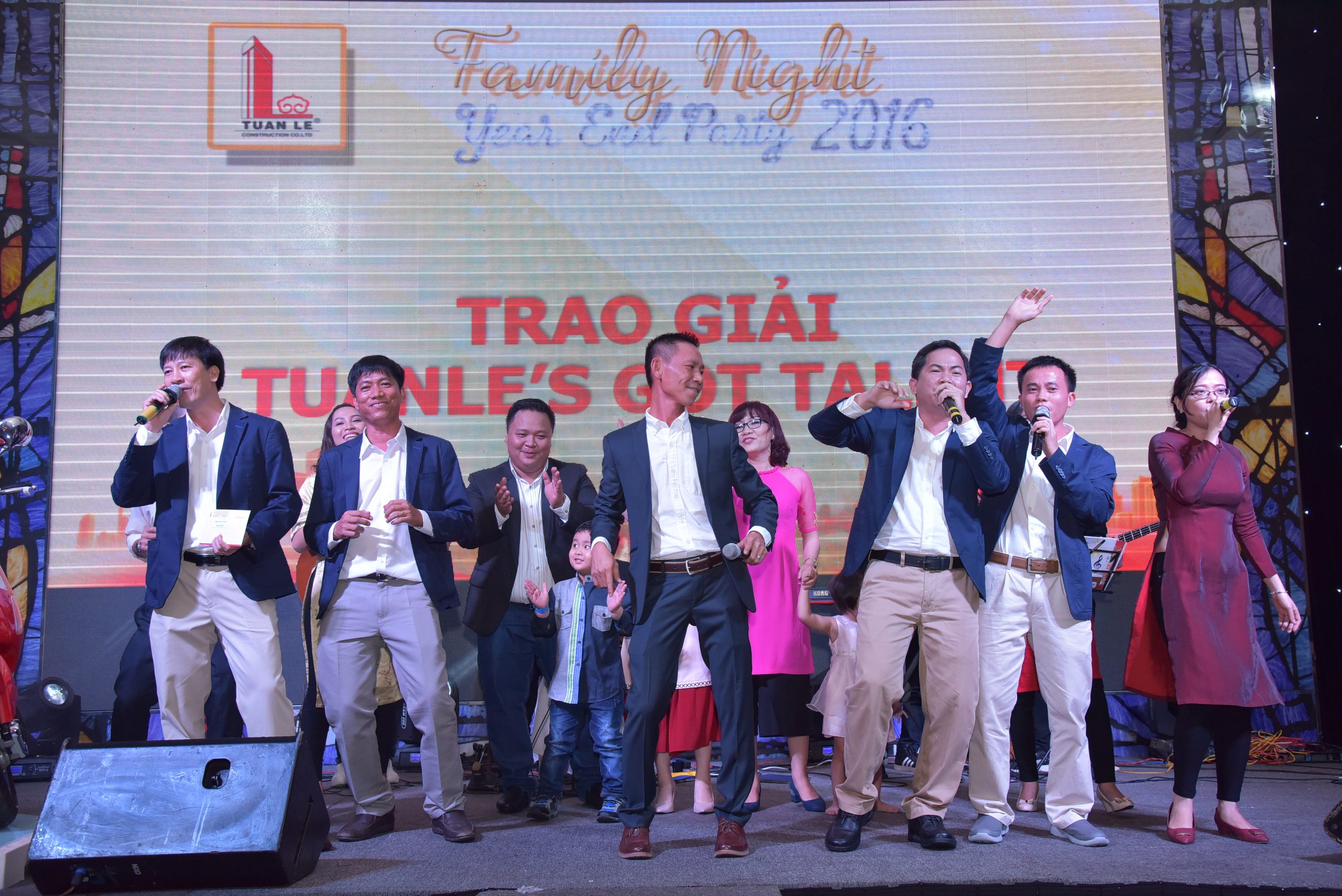 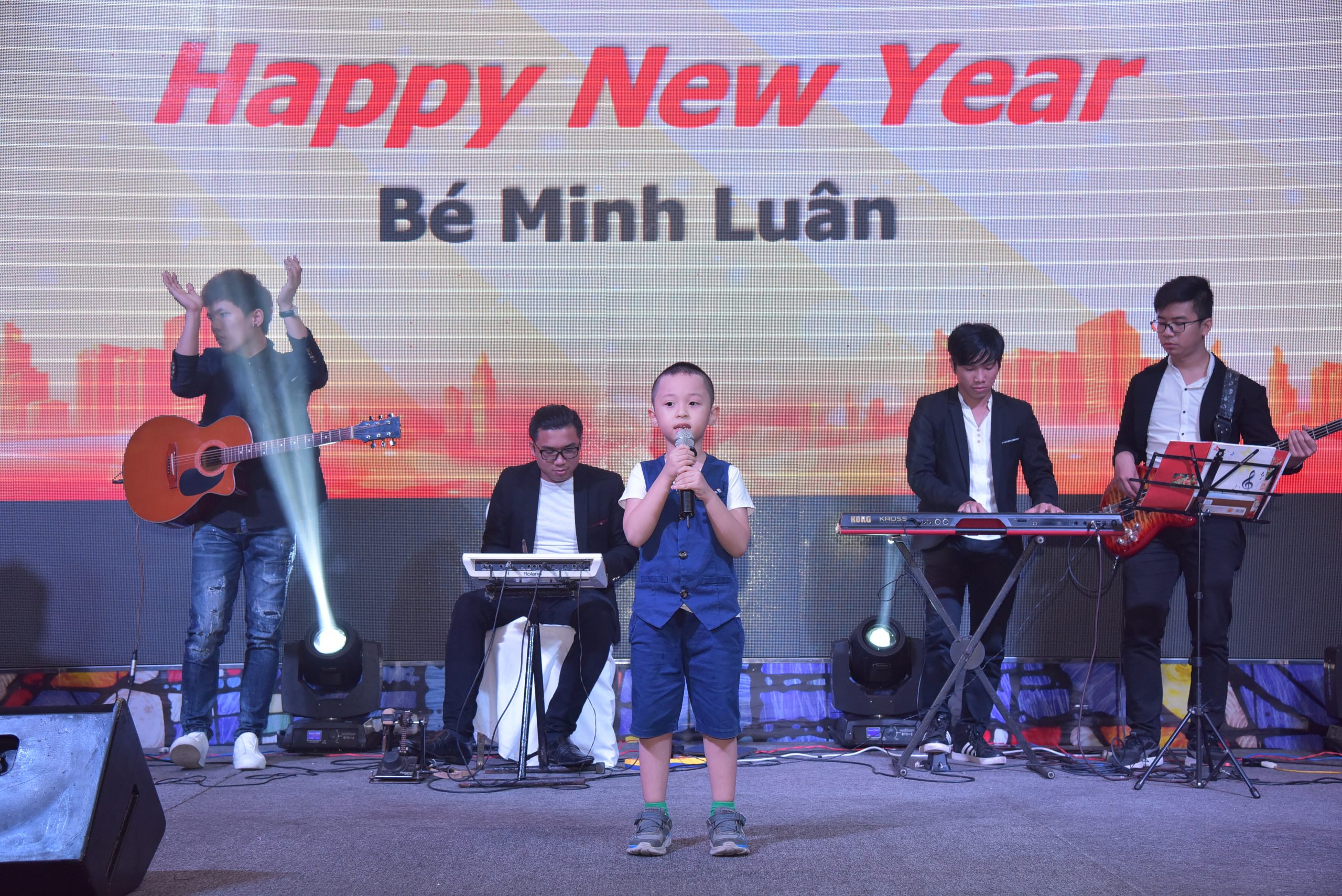 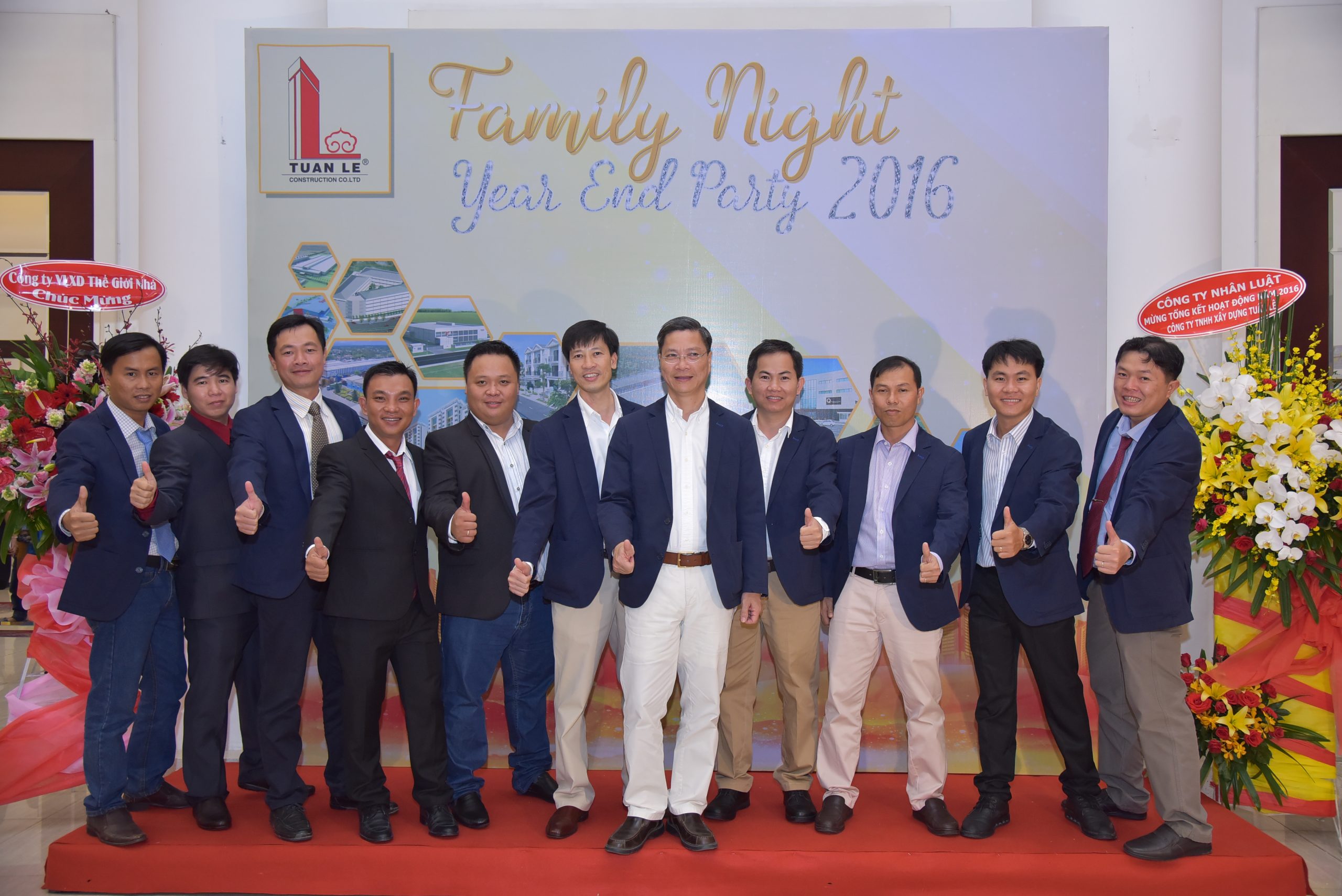 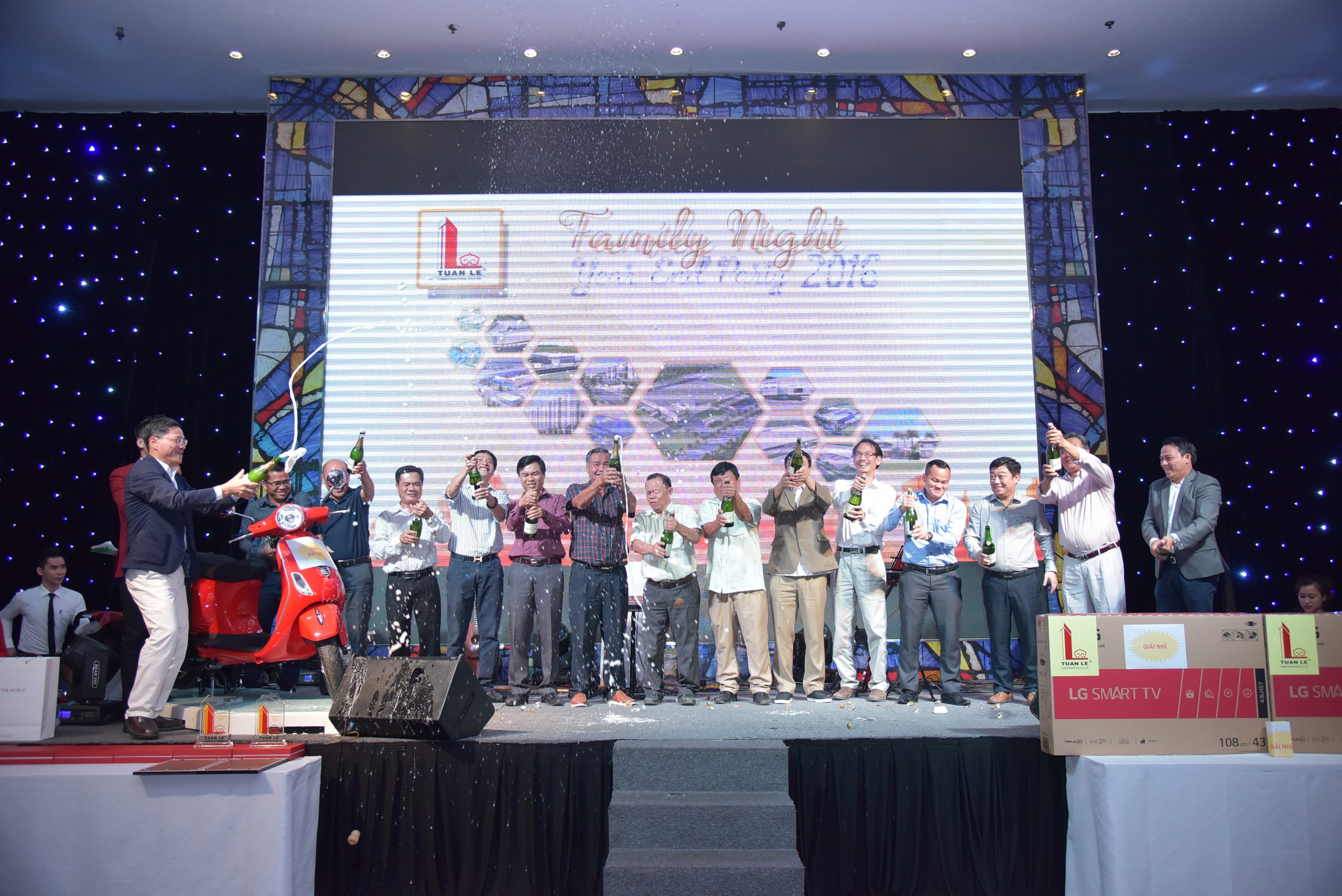 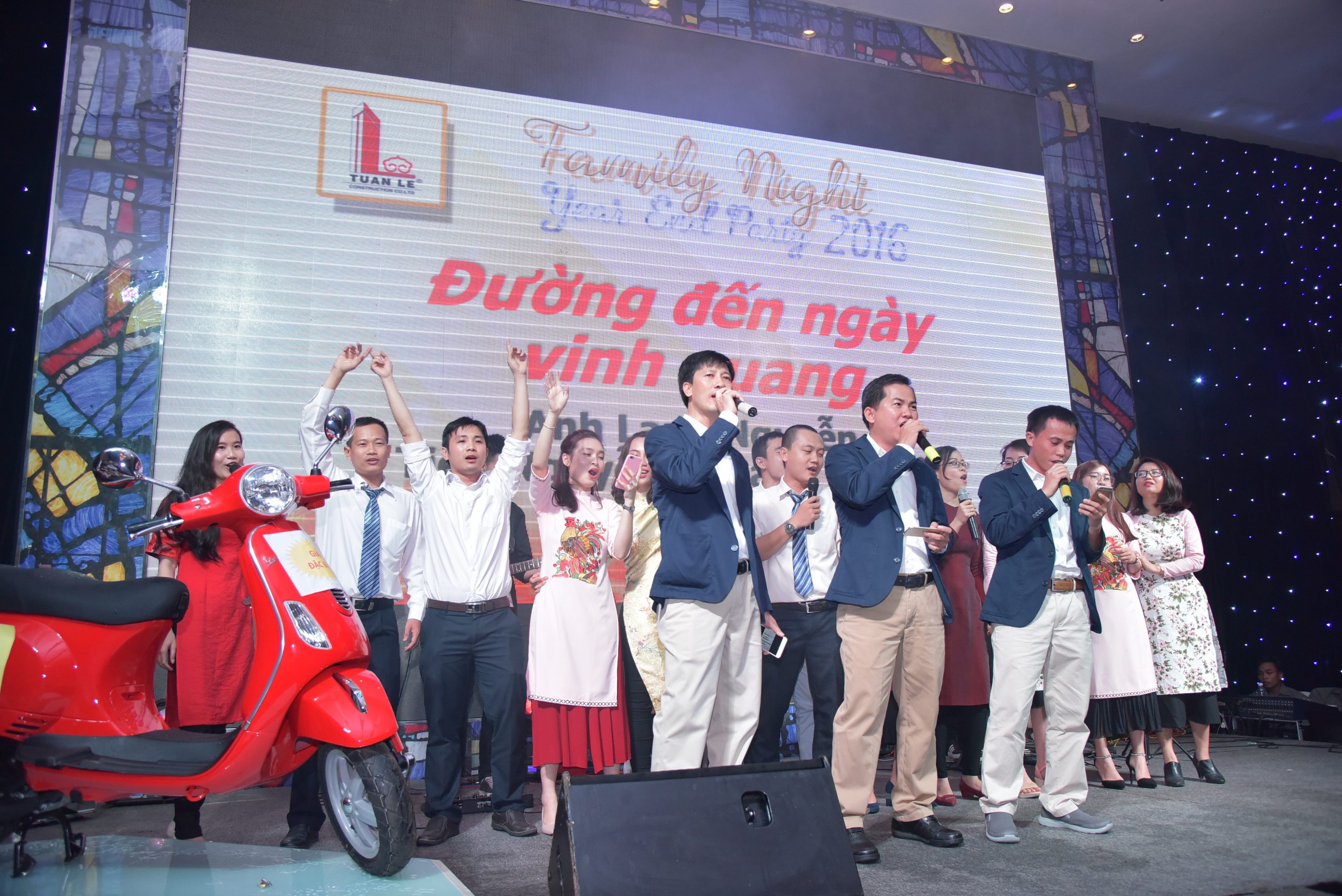 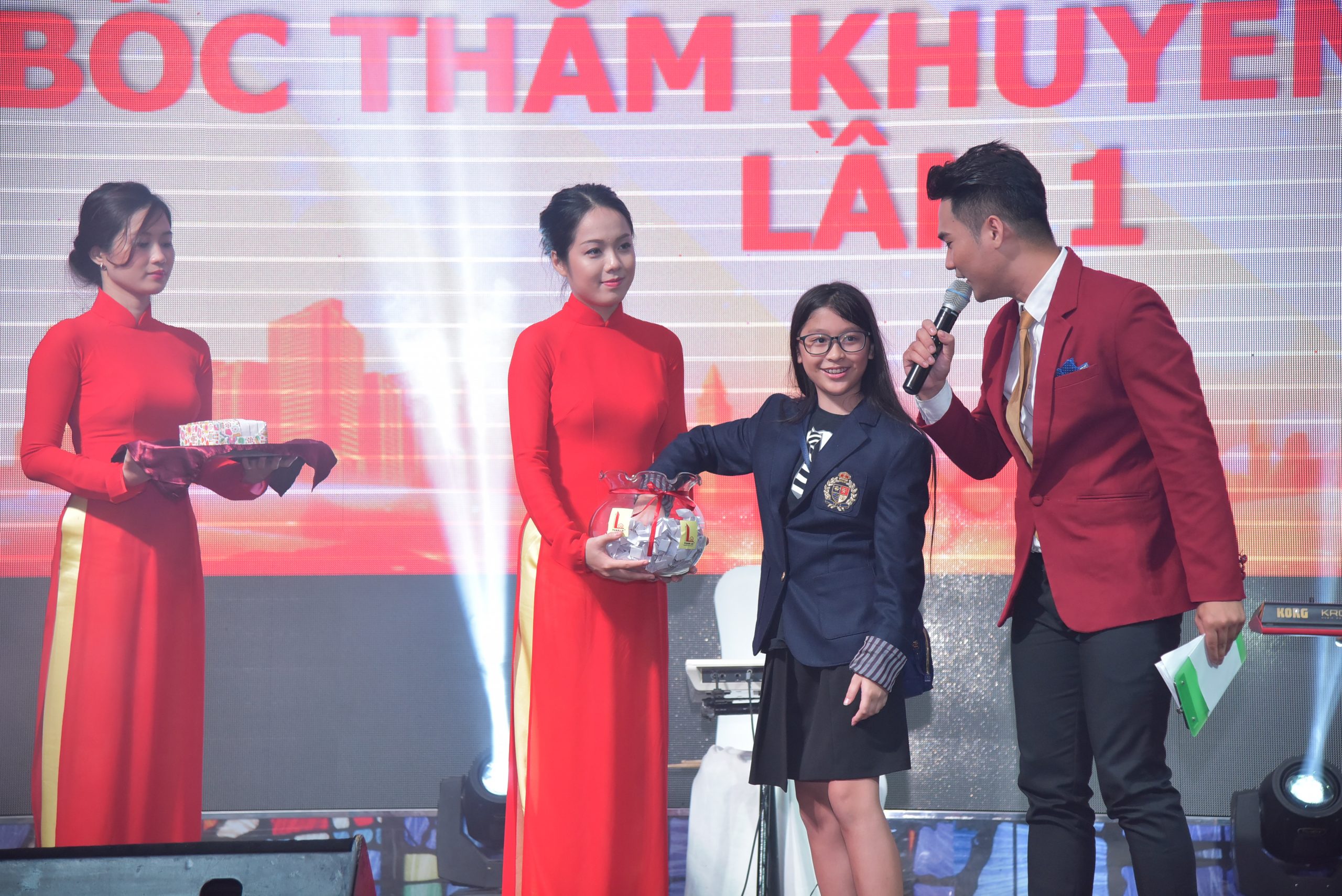 After a thrilling opening performance with the song named “Spring’s whispers”, Mr. Tuan Le delivered his opening speech to welcome and express his appreciations to all partners, subcontractors, suppliers and TUAN LE’s staff members.

Family Night – a night for TUAN LE FAMILY, took place enormously cozy at While Palace Convention Center. The party was filled with joyful moments, happy smiles, sincere feelings of the company’s partners and staff members, who have always believed in and stood together to contribute to the success of TUAN LE.

In the cozy atmosphere of the night, Mr. Tuan Le delightedly share his feelings and important milestones that the company has achieved in 2016:

We believe with our great efforts and commitments, TUAN LE would be able to growth better and stronger, being an organization with international standards in the construction industry.

We use cookies to ensure that we give you the best experience on our website. If you continue to use this site we will assume that you are happy with it.Ok